Amazon is currently offering the YABER Pro V7 9500L 5G WiFi Bluetooth Projector for $179.99. Normally selling for $299.99, today’s offer allows you to save $120 on the original price when you clip the on-page coupon.

The YABER Pro V7 is the first projector on the market with 6D automated keystone correction. This implies that if the projector moves or collides after turning on the power to set the rectangular standard image, V7 will automatically fix it and return to the standard image within 1 second.

Life is brighter with Pro V7, in terms of brightness, the Pro V7 is unquestionably superior to equivalent 1080p projectors on the market. The brightness has been improved by 25% to 9500 L, making it the brightest 1080P Native Resolution projector on the market so far. Who needs anything else when they have a Pro V7 at home?

YABER’s BASIC Smart Engine is a creative projection technology. The Pro V7 is the first projector in the home entertainment projector business to be equipped with this technology, and it has the best and most practical performance. The optimum audio-visual experience may be obtained in five aspects with this technology. brightness, abundant color, sound effect, immersive display, and clarity.

Note: "We may receive a commission when you purchase products mentioned in this website."
# Deals# Projector 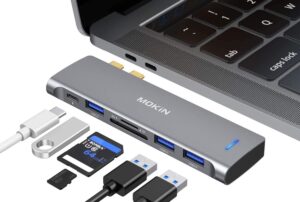 Expand Your MacBook Ports With This Discounted 6 in 1 USB C Adapter, On Sale For $14 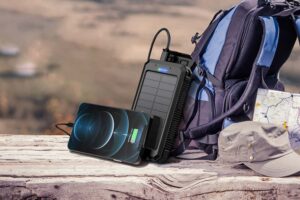