Amazon currently ships the GoPro Fusion Action Camera for $199. Usually, selling for $300, as you will find at distributors like Best Buy, today’s offer is good for a 33 percent discount. GoPro Fusion stands out with a 5.2 K 360-degree recording and more from the other company action cameras. It also features a robust design that is waterproof up to 16 feet and includes both flat and curved stickers for capturing all your adventures. 4.1/5 stars from over 365 customers.

Spherical video + photos capture incredible 5.2k videos and 18MP photos of everything around you by shooting in every direction at once

Transform spherical photos into traditional shots crop 18MP spherical photos any way you want to create standard resolution photos that are easier to save and share. Video ISO Range: 400 to 6400 (Manual)

Create + share on your phone preview and playback shots, edit videos and share them on the spot with the GoPro app; Full compatibility on iPhone 6s, ipad mini 4 and later devices; compatibility varies for earlier devices; See technical specifications below for Android compatibility

Requires two high-performance MicroSD, MicroSDHC or microsdxc cards with a class 10 or UHS-II/III rating or higher; for the best performance, be sure your fusion camera has the latest software and always use the latest versions of the GoPro mobile app and GoPro fusion studio app for desktop 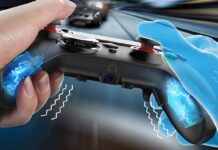 Mpow’s Bluetooth Headphone Gets More Affordable Today With 20 Percent Discounts, On Sale For $16 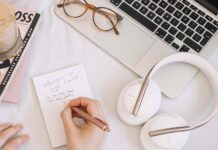 Snag CHOETECH Thunderbolt Cable For Your MacBook Pro For $10 (50%...

This Accessory is Specially Made For iPhone & MacBook

This Discounted 3 in 1 Fast Charging Station For Your Apple...

Take This 10.2 inch Selfie Ring Light With Tripod Stand For...

Your MacBook Is Incomplete Without This Discounted $23.79 Accessory

Spigen Has 2 Pack Of USB C to Lightning Cable For...