Today, Amazon is offering a four-pack of New Apple AirTags for just $99. By purchasing the four-pack, you can save $17, as the single pack costs $29. Thus, it is better to purchase a four-pack of AirTag and save 15%.

The AirTag is an incredibly simple way to keep track of your belongings. Affix one to your keys and one to your backpack. And just like that, they’re on your radar in the Find My app, which also lets you track down your Apple devices and stay connected with friends and family.

When your wallet is equipped with an AirTag, misplacing it is not a big deal. By going to the new Items tab in the Find My app or by saying “Hey Siri, find my wallet,” you can play a sound on the built-in speaker. If it’s nearby, such as beneath the couch or in the next room, simply follow the sound and your search is complete.

Your AirTag transmits a secure Bluetooth signal that is detectable by nearby Find My network devices. These devices send the location of your AirTag to iCloud, where you can view it on a map through the Find My app. The entire process is anonymous and encrypted to ensure your privacy is protected. Additionally, it is efficient, which means you won’t have to worry about battery life or data usage.

AirTag, like other Apple devices, can be placed in Lost Mode. Then, when a device on the network detects it, you’ll receive an automatic notification. Additionally, you can configure it so that someone can obtain your contact information by tapping your AirTag with an NFC-capable smartphone. NFC is the same technology that enables people to pay with their phones. 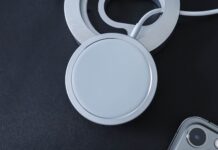 Apple’s Official MagSafe Charger Has Never Been On This Lowest Price Ever Before! 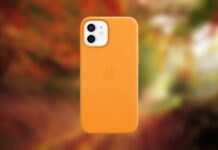 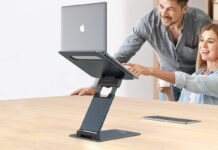 Ticwatch E2, One Of The Great Apple Watch Alternative Returns To...

Take This Popular Sports Band For Your Apple Watch At $6...