The NETGEAR WiFi Router (R6230) is currently being sold at Amazon Today For $50. Originally $75, Today’s offer saves $25 directly without using any coupon code. As it is lower by 33% which seem a quite good offer compared to previous selling Price.

With AC1200 speed (dual-band up to 300 + 900 Mbps), you can get wireless coverage up to 1200 square feet. As With 4 x 1 Gigabit Ethernet ports, link computers, game consoles, streaming players, and other nearby wired devices.

Jelly Comb Desktop Charger Can Power Six Gadgets At The Same Time For $14.44

An 880MHz processor, two amplified antennas, and advanced QoS are included in the design. Use the 1 x 2.0 USB port to share a hard drive or printer with any network-connected computer. You can monitor computer internet access and filter websites with the Nighthawk app. 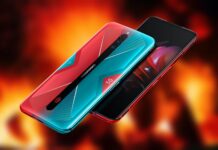 Forget iPhones, This Smartphone With 18GB RAM Will Blow You Away! This Amazon’s Choice Fitness Smartwatch Is 8% OFF. Snap It Today! This Popular Tobfit Apple Watch Band Has More Than 14000 Rating...

Capture Beautiful Memories With Canon EOS M6, On Sale For $449

CHOETECH 2-in-1 Mag-Safe Charging Stand For The iPhone 12 Is Still...

It Takes $23 Get This Highly Rated MagSafe Wireless Charger For...

Bomaker True Wireless Earbuds Is Too Good For Your iPhone At...

This Popular 30000mAh Wireless Solar Power Can Juice Up Your iPhone...