The Apple Watch SE is much like the Apple Watch Series 5, but with a few essential features that have been omitted for money savings. In short, there is no always-on display and important ECG functionality was also removed.

As far as Apple Watch Series 6 is concerned, we get the same features from the popular Apple Watch Series 5. The new S6 SiP is even more powerful inside than the S5 last year, making the apps run faster and the whole watch more responsive. For the first time, a blood oxygen sensor is also included. That could be enormous for people susceptible to low levels of oxygen. 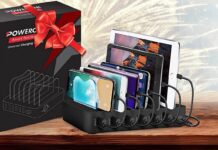 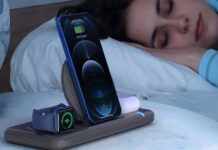 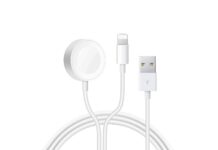 Why Use Wired Earphones On iPhone When You Get This Popular...

Replace Your Old Apple Watch Band With This Leather One For...

This Cool Foldable Laptop Stand is At $16 Today

Unbelievable! This 3 Pack Of 6ft iPhone Lighting Cable Is On...

The Best iPhone Accessories Deal That You Missed This Week!